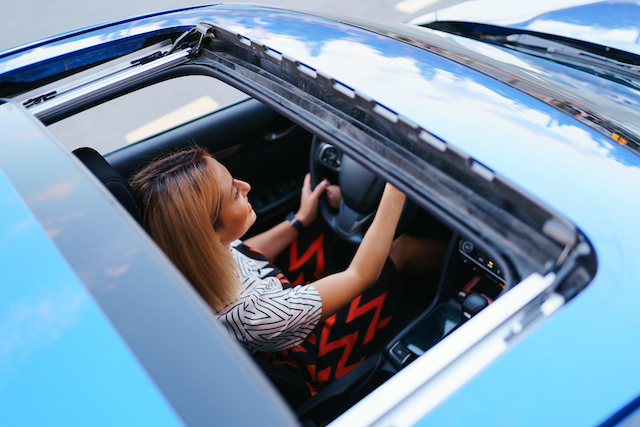 There is nothing quite as relaxing as flying down the highway on a summer day with the wind grazing through your hair. Maybe I am just reminiscing on brighter days, as the frigid snow layers upon my windowsill. But, there’s a reason for the dreamy daydreaming. Ultimately, winter can cause havoc on your auto glass, and though your sunroof may find no usage in the chilly Colorado months, it can still experience damage. Even if unused, sunroof repair is crucial.

How does sunroof repair work? Is it similar to that of windshields and windows? Do I really need to get it done?

As auto glass experts, we are faced with these questions on a daily basis. It’s understandable that costly repairs are put off, especially during a season when the glass is of no use. Overall, you should always get your auto glass repaired as soon as it’s damaged. Let’s get into it.

Sunroofs and moonroofs are a bit more technologically-inclined than most windshields. Therefore, there is a lot that goes into them in comparison. More tech, more potential for issues.

Here are the most common sunroof issues your vehicle may face.

This one is pretty straightforward.

Drastic changes in temperature, falling debris, hail, and heavy snow can create chips and cracks on your sunroof’s glass. Unfortunately, Colorado is known for all of those opposing factors. While it’s not to say that cracks in your sunroof are likely, they can happen.

With cracks and chips, it becomes a matter of monetary value.

With windows and windshields, it’s important to get chips fixed immediately due to the overall cost of repair. A resin injection on a small chip can be significantly cheaper than a full replacement on a large crack. Sunroof repair doesn’t work the same, though. As we will get into.

The main issue with sunroof repair on cracks and chips is the possibility of reaching more drastic heights. For example, if a small crack becomes further damaged by heavy snow, it can eventually lead to a full break. You never want to wake up with a pile of precipitation in your interior.

Sunroof repair for a small chip may not be the highest of necessities, but remember the risk you are taking. Keep an eye on it. Don’t let it become a drastic and larger issue.

Most sunroofs work with a pulley that pulls (duh) the glass over a track. If the pulley or track becomes damaged, or something becomes misaligned, the sunroof will fail to operate as intended.

Most often, the broken track will cause the sunroof to not open. The luckier of the results, this will stop a gaping hole from being permanent on the roof of your vehicle. But, for those less fortunate, the damage can occur when the glass is already open, causing the system to stop with the window open (or halfway open).

Obviously, this is not ideal. Especially for your car’s interior. But we will get to that.

If your sunroof is stuck closed during less-than-pretty weather seasons, then you may not find the need to get it repaired immediately. That’s completely understandable.

Ultimately, if your sunroof is stuck closed and there are no open gaps allowing the outside elements to leak in, it’s not a critical repair. At that point, it’s entirely up to you as the user. If your sunroof is stuck open or has open gaps, you need to get it repaired immediately. Don’t let your interior get trashed by outside forces.

If there is damage to the pane or pulley system, but not enough to cause a full-blown stoppage, then you may notice a significant popping (or other mechanical noise) when operating the sunroof.

At the end of the day, the issue is usually due to a lack of lubrication or early damage on the pulley system.

We aren’t going to wax salesman and say that sticking or popping needs to be addressed immediately, but it is important to remember that mechanical noises are only the beginning.

If you aren’t going to get your popping checked out, keep a close eye (and ear) on the issue. If it begins to get worse, remember that getting stuck is right around the corner.

Here is some little-known knowledge: modern sunroofs actually have small drains, helping water direct away from the track and glass. If these drains become clogged with debris, you may find a constant stream of water flowing into your car.

Secondly, the rubber gasket keeping the sunroof airtight can deteriorate over time. Once it begins cracking and stripping, it may allow water to flow past it. This will also result in an indoor waterfall.

Is there anything more to say?

You never want rain and snow leaking directly into your car’s interior. It’s that simple. Sunroof repair is crucial in this scenario. Like immediately. ASAP. Right now.

Is Sunroof Repair the Same as Windshield Repair?

Long story short: no. Unfortunately not.

As we mentioned before, windows and windshields have the possibility of receiving a resin injection. If there is a small crack, we can fix it without having to replace the entire pane. This is due to auto glass being laminated. Basically, it is two panes of glass with a resin that holds them together. Not only does this help reduce the chances of a shatter affecting the passengers, but it also allows technicians to fix one side without having to address the other.

If you are intrigued by the technology, we broke it down here.

Sunroofs are often made from tempered glass. Therefore, it is one pane that is rapidly heated and cooled, creating a shatter-proof and strong pane. Though great and safe technology, it doesn’t allow resin injections to fix small issues.

Therefore, any issues with the glass will require a new pane to be placed. You cannot get small dents fixed. Obviously, this means repairs are more expensive than smaller window damage.

What About the Tracks and Pulley Systems?

Sometimes an issue can be fixed without replacing the entire system. A damaged pulley, track, or sealant can often be fixed without needing to replace all corresponding technology. This can cause for some simple and cheap repairs. Sometimes something just needs lubrication, or electronic components need replacements.

As long as your entire system isn’t damaged, most sunroof repair is easy.

If the damage is too great, you may need an entirely new system. That, of course, can be a bit pricey.

Regardless, like all auto glass damage, it’s important to get it looked at ASAP. It’s entirely possible you can save yourself money and further damage by being proactive. Get the small issues repaired before they stem into something much larger (and much more expensive).

Need sunroof repairs? We can handle it today!

We have been in the auto glass windshield replacement business for more than a decade. We will take care of you with any auto glass issue to get you back on the road. You can either come to our shop or we can come to your place of work or home.